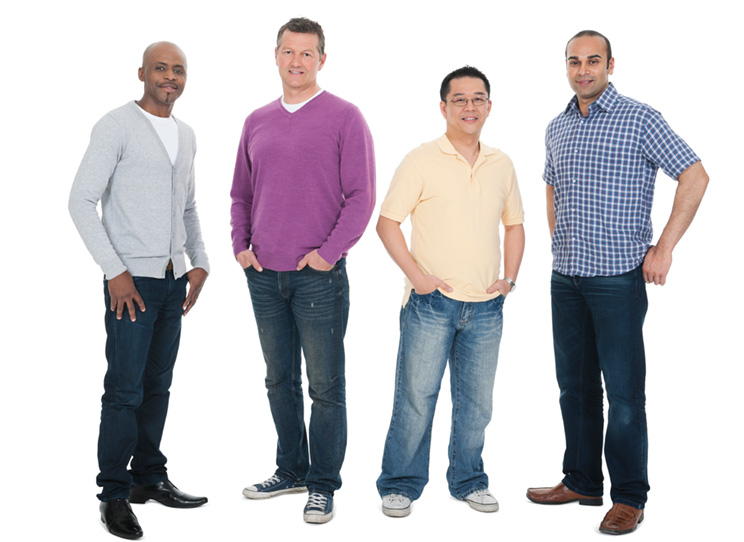 As a birth control method, vasectomy is very effective. Only 1 to 2 women out of 1,000 will have an unplanned pregnancy in the first year after their partners have had a vasectomy. The surgery cuts the vas deferens; which are the tubes that carry a sperm from testicles to the urethra. After a vasectomy, sperm cannot move out of the testes. A man who has had a successful vasectomy cannot make a woman pregnant.

To find out what happens during a vasectomy and what to expect after surgery, visit Advanced Urology Institute at Titus - Vasectomy.

Urinary incontinence, or UI, is the accidental leakage of urine.  At different ages, males and females have different risks for developing UI. In childhood, girls usually develop bladder control at an earlier age than boys, and bedwetting, or nocturnal enuresis, is less common in girls than boys. However, adult women are far more likely than adult men to experience UI because of anatomical differences in the pelvic region and the changes induced by pregnancy and childbirth. Nevertheless, many men do suffer from incontinence. Its prevalence increases with age, but UI is not an inevitable part of aging.

To learn more about the causes of UI and treatment options, visit Advanced Urology Institute at Titus - Urinary Incontinence.

Though the prostate continues to grow during most of a man’s life, the enlargement doesn’t usually cause problems until late in life. BPH rarely causes symptoms before age 40, but more than half of men in their sixties and as many as 90 percent in their seventies and eighties have some symptoms of BPH.

Many people feel uncomfortable talking about the prostate, since the gland plays a role in both sex and urination. Still, prostate enlargement is as common a part of aging as gray hair. As life expectancy rises, so does the occurrence of BPH. In the United States in 2000, there were 4.5 million visits to physicians for BPH.

To better understand why BPH occurs and how it is treated, visit Advanced Urology Institute at Titus - Benign Prostatic Hyperplasia.

Erectile dysfunction, or ED, can be a total inability to achieve erection, an inconsistent ability to do so, or a tendency to sustain only brief erections. ED, sometimes called “impotence,” is the repeated inability to get or keep an erection firm enough for sexual intercourse. The word “impotence” may also be used to describe other problems that interfere with sexual intercourse and reproduction, such as lack of sexual desire and problems with ejaculation or orgasm. Using the term erectile dysfunction makes it clear that those other problems are not involved.

A kidney stone is a solid concretion of minerals that forms in a kidney when urine has high levels of calcium, oxalate or phosphorus. The urine becomes too concentrated and these substances crystalize to form stones. Kidney stones vary in size and may stay in the kidney or travel down the urinary tract. Symptoms from urinary stones arise when they begin to move down the ureter, sometimes causing intense pain.

To learn more about the causes and treatments of Kidney Stone, visit Advanced Urology Institute at Titus - Kidney Stone

The Advanced Urology Institute at Titus is highly experienced at diagnosing and treating the full spectrum of male sexual disorders. Sexual dysfunction is a very common problem that affects men of all ages, and impact the quality of life for men and their partners. We can create customized therapies for our patients based on individual medical conditions and personal situations including erectile dysfunction, loss of sexual interest or libido and low testosterone.

To find out more information on sexual health for men, visit Advanced Urology Institute at Titus - Sexual Health for Men.

Bladder cancer is an uncontrolled, rapid growth of abnormal cells in the bladder and usually begins in the lining of the bladder. If bladder cancer is suspected, or previously diagnosed, it is likely a cystoscopy will need to be performed.